Rachel and Tony Hall - my parents 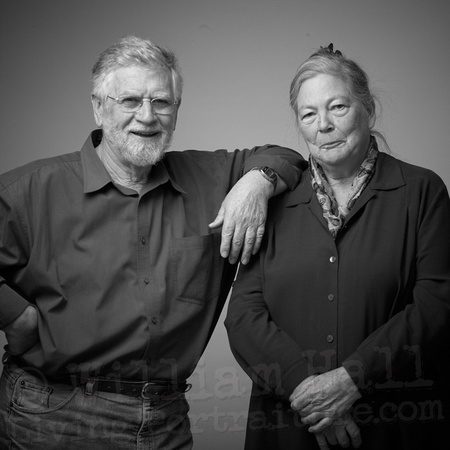 I understand my father was evacuated from London during the blitz to the village my mother lived in Cambridgeshire. So they have known each other since they were 4 years old.

There seemed to be something that 'clicked' with them from childhood because they always seemed to be together, along with a few others. While my father was back in London after the war, he seemed to spend a fair bit of his childhood and teenage years in the village still. I'll upload some more photos of them from their childhood soon.

My father joined the Merchant Navy at around 16 years of age - his mother was keen to get him out from her life and independent so she could get on with her life (she was left with 3 kids to raise and my father was the last of them). My mother left school at around 15. She was not academically minded and her parents couldn't afford to keep her at school.

While my father sailed the seven seas my mother worked in cafes and factories and married young and had my older brother. Apparently my father was a bit put out by this. As they've recalled, it was 'understood' they were meant for each other even thoughI don't think that was expressed between them at the time. The first husband killed himself when his motorbike hit a lamp post.

These photographs were taken in 2011. I see my parents for lunch about once a month. They live in the country outside Canberra. We usually talk about photography and during one of the lunches we were talking about remembering people, particularly those who had died, and what our enduring memories of them might be. Often we are left with an image of when they were sick, which is a shame. So we decided to take some shots to make sure we had some alternative options. Not that they look like dropping off for sometime, but you never know.

It is a shame that we tend to avoid the camera as we get older. Vanity... We might be caught here or there in snaps, but these are usually terrible shots and not something we'd ever like to be remembered by.